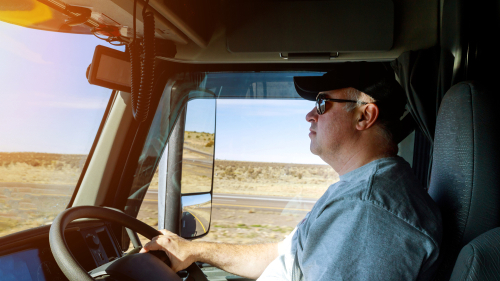 In a recent Supreme Court decision of Peebles vs Work Cover Queensland [2020] QSC 106, Justice Jackson, of the Supreme Court, awarded damages in favour of an injured Plaintiff in the sum of $764,345.12.

His Honour assessed the overall damages which Mr Peebles was entitled to receive as a result of the incident an amount of $1,009,760.52.

Mr Peebles, is a 38 year-old man, suffered a disabling back injury whilst performing his duties as a truck driver. The trial was heard in the Supreme Court Brisbane over three days in February 2020. Recently, a decision was handed down on 27 May 2020.

The insurers argued that the injuries which he sustained was trivial/minor. The insurers also argued that a lot of his ongoing issues were due to pre-existing conditions. Prior to the trial commencing, Work Cover’s lawyers admitted liability for the accident. The matter then proceeded as a contested issue with respect to the amount of damages which the Plaintiff was to be awarded.

The court, in considering the matter, looked at the Claimant’s individual circumstances: he left school at the age of 18 and worked for 4 years as a factory-hand before working as a truck-driver with a number of different employers.

Mr Peebles’ skill level was such that he had poor literacy and had never worked in a clerical or administrative position. He also had not experienced working in any position involving the use of computers.

His work history only involved manual handling and truck driving. The court therefore concluded that the claimant would suffer a substantial loss in the future for which Work Cover as the Workers’ Compensation insurer were liable for.

The injuries he sustained was as a result of driving a truck which had a defective seat over a period of time.

He worked diligently and efficiently for the same employer over a number of years. He was then required to perform his duties in a Western Star Prime Mover with a defective seat. As a result of this, he suffered debilitating injuries to his back.

The court, after hearing all the evidence and considering the facts and circumstances including a number of medical witnesses, concluded that the Claimant had suffered substantial and significant injuries as a result of his work-related activities in the defected vehicle.

In addition to his injuries, the Claimant also suffered a serious psychiatric injury, and this was continuing to affect him.

The court awarded Mr Peebles a sum of $543, 056 for future income loss and future superannuation entitlements which the Claimant will suffer. This would be as a result of the injuries sustained. Moreover, $50, 000.00 will be put to for future medical treatment.

The case shows that even in certain circumstances where an injured worker may have some preexisting issues, if he does suffer an injury as a result of a negligent event or a defective system of work caused by the employer, then the injured worker could be entitled to substantial damages notwithstanding prior health issues.

To learn more about WorkCover Compensation claims, we have an article explaining more about it here.